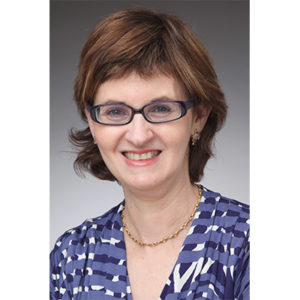 Donna H. Lieberman has more than twenty years of experience as a bankruptcy and insolvency attorney and a civil litigator. She has extensive experience representing chapter 11 debtors, creditors’ committees, unsecured creditors, secured creditors, landlords, credit insurers, directors and officers, and asset purchasers, and has negotiated both chapter 11 plans and out-of-court transactions. In addition, Ms. Lieberman has been counsel to both plaintiffs and defendants in preference, fraudulent transfer and other bankruptcy-related litigations, and has represented plaintiffs and interveners in state and federal court cases involving matters as varied as claims against an overseas corporation arising under securities’ contracts and the efficacy of a proposed settlement of claims against the successors to Countrywide Mortgage Company.

By virtue of her experience in representing financially troubled companies and persons and entities dealing with troubled companies, Ms. Lieberman is able to effectively advise parties as to how to structure transactions with a view to protecting their interests and minimizing their risks in the event of a subsequent bankruptcy filing. Ms. Lieberman has represented clients in transactions and cases covering all nature of assets, in significant national cases such as Brooks Fashions, Maidenform Worldwide, Orion Pictures, Pandick Press, Marvel Entertainment and Tender Loving Care Health Care Services, Inc.

Ms. Lieberman began her law practice as a Special Assistant United States Attorney with the United States Attorney’s Office in the Southern District of New York (Civil Division), with a focused practice in civil litigation in the federal courts. She then continued her service with the Justice Department at the Office of the United States Trustee, where she began to specialize in bankruptcy matters. She joined the bankruptcy group at the law firm of Willkie Farr & Gallagher in 1989 and subsequently Battle Fowler LLP in 1997, and has been of counsel to Halperin Battaglia Benzija, LLP since the Fall of 2000. Ms. Lieberman is also the author of the 1997-2 supplement to the book “Structuring Commercial Real Estate Workouts: Alternatives to Foreclosure,” a publication of Prentice Hall Law & Business.

Ms. Lieberman is a graduate of Brandeis University, and received her law degree from New York Law School. She is a member of the New York State bar, and is admitted to practice before the District Courts for the Southern and Eastern Districts of New York, including the Bankruptcy Courts within those jurisdictions, and the Second Circuit Court of Appeals. Ms. Lieberman is a member of the Bar Association of the City of New York.