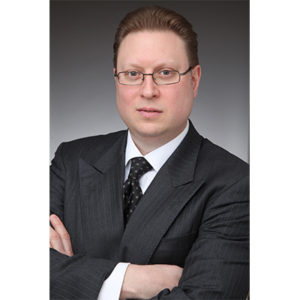 Christopher J. Battaglia is the firm’s managing member and has been a bankruptcy practitioner since 1996. He became a member of this firm in 2003. Before his relocation to New York, Mr. Battaglia worked for ten years (the latter three as an associate attorney) at Gordon & Wise, LLP, one of Boston’s most respected bankruptcy boutiques.

Prior to his admission to the bar, Mr. Battaglia gained an understanding of the bankruptcy process from his work as a senior law clerk, and insight into the management and financing of a business from his subsequent role as the law firm’s business manager. After his admission to the bars of New York and Massachusetts in 1996, Mr. Battaglia specialized in debtor representations for Gordon & Wise, LLP, and became well versed in sophisticated bankruptcy reorganization and appellate issues, as well as complex commercial litigation and transactional matters.

Additionally, Mr. Battaglia is a Certified Mediator by the New York City Bar Association and sits on the Official Panel of Certified Bankruptcy Mediators for both the Southern District of New York and the District of Delaware and provides high level mediation services in commercial litigation matters. Mr. Battaglia has participated in no less than 300 formal Court ordered mediations as both counsel to plaintiffs and defendants in a variety of matters and cases involving commercial/bankruptcy disputes.  Further, Mr. Battaglia has represented parties in both the defense and prosecution of over 5000 mass avoidance actions in a myriad of jurisdictions.

Mr. Battaglia is a graduate of Suffolk University Law School (cum laude, 1996) and holds an undergraduate degree from Tufts University (1989). He is admitted to practice before the Courts of States of New York and Massachusetts, as well as the United States District Courts for the Southern and Eastern Districts of New York, the District of Massachusetts and the Eastern District of Michigan, including the Bankruptcy Courts within those jurisdictions, and the United States Court of Appeals for the First and Second Circuits. Mr. Battaglia is a member of the Turnaround Management Association and the American Bankruptcy Institute (“ABI”), co-authored seminar materials for the ABI’s Fifth Annual Northeast Bankruptcy Conference on the subject of litigating dischargeability (July, 1998) and is currently a member of the ABI’s Mediation Committee. Mr. Battaglia is also a member of the Boston Bar Association (Business Law/Bankruptcy Section), the Massachusetts Bar Association, the New York State Bar Association and the Association of the Bar of the City of New York.